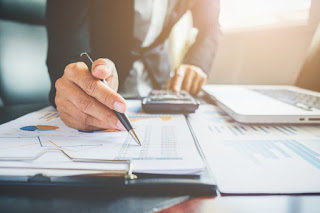 Frank Cardia is a licensed financial advisor and the owner of Blue Sky Financial. An experienced venture capital investor, Frank Cardia has assisted in over $1 billion worth of funding for companies including airbnb.
The expected 2020 IPO of airbnb is turning out to be one of the most anticipated in Silicon Valley, for a number of reasons. One of these is the company's global reach. Since its inception in 2008, the company that allows homeowners to earn extra cash by renting out their rooms has built an impressive inventory of 7 million properties around the world. By comparison, Marriott International, the world’s largest hotel chain, has 1.4 million rooms.
Another reason is that, according to the company itself, airbnb makes money. The company has said that it posted a positive EBITDA (earnings before interest, tax, depreciation, and amortization) in 2017 and 2018. This is in sharp contrast to some of 2019’s tech IPO companies like Uber and Lyft, which generate huge losses yearly.
A private firm, airbnb is not obligated to reveal information on its earnings, so there is no conclusive way to confirm statements made by airbnb. However, it has not raised capital in private markets since its last raise in 2017 that valued it at $31 billion, and CEO Brian Chesky has said that the company has enough cash to run even without the IPO. This has further fueled speculation that the company will opt for a direct listing on a stock exchange where, instead of issuing new shares to the public, existing shares will be listed, thereby allowing current shareholders to sell to the public.
Posted by Frank Cardia on Blogger at 9:35 PM No comments:

The owner of Blue Sky Financial, Frank Cardia is a licensed financial advisor who operates a Registered Investment Advisor business. Since establishing Blue Sky in 2011, he has provided comprehensive team-building and sales training guidance to large groups for a variety of business clients. Frank Cardia has also led Blue Sky in consulting on a range of venture capital deals and has provided critical funding to late-stage pre-IPO companies, including major names such as Uber and Spotify. To augment his work at Blue Sky, he holds active membership in the Financial Planning Association. In addition, he is a licensed New Jersey Realtor who possesses a life/health insurance license.Outside of the professional arena, Frank Cardia stays fit by engaging in aerobic activities as running and swimming, and has competed in triathlons. He also coaches his two sons in several different youth sports. To give back to the community, Mr. Cardia makes regular donations to fight breast cancer and spearheads an annual Christmas food drive for a homeless shelter in Jersey City.